I have wanted to participate in Lisa’s ‘My Home Town‘ Sunday challenge for a good long time, but before I post about my local area, or the nearby towns that I call my hometowns, I have to post about something a lot closer to my home; Henry VIII Palace at Oatlands, Weybridge. 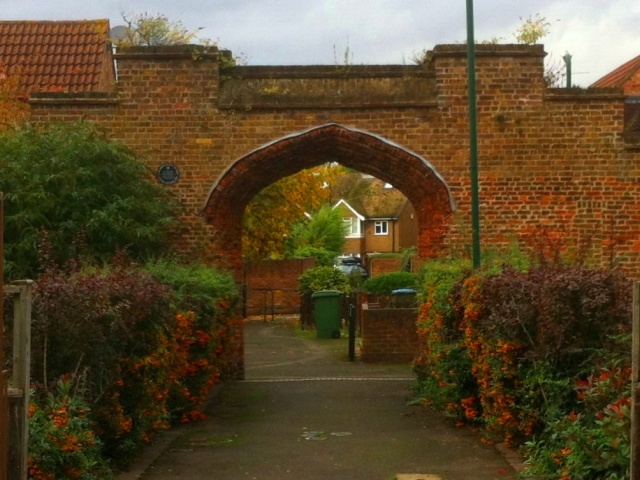 This gate and a long red brick wall (named Tudor Walk today) which used to enclose the palace gardens are all that remains of the palace that was built from 1537 until 1545 as a hunting residence along with Hampton Court and Nonsuch Palaces around the newly created Royal Hunting Forest, and it’s right around the corner from my house! 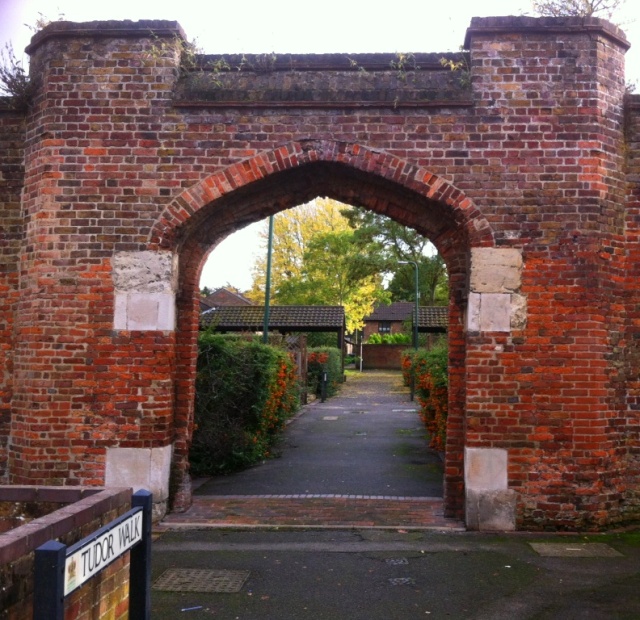 The gate viewed from Tudor Walk

The Palace was near the river in Weybridge which meant Henry could travel by barge from London and Hampton Court, an important factor when roads were so poor and almost impassable in winter. Much of the building material came from dissolved abbeys at Merton, Bisham and Chertsey, where bricks and stonework were removed to build the foundations. Most of the sources of materials were on a river to facilitate transport by water to Oatlands.

Brick kilns were set up to produce the familiar rose red Tudor bricks which were consumed in their thousands to build the palace that eventually covered 14 acres and stood in a park of 538 acres. 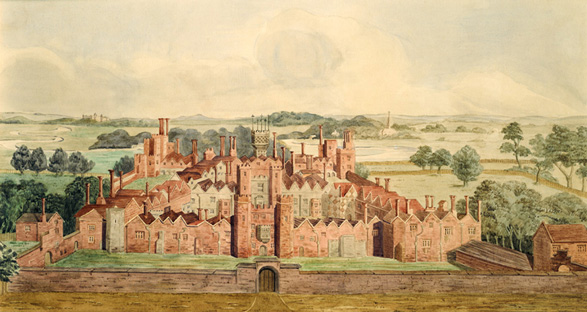 The final buildings were somewhat similar to Hampton Court Palace

Although he used it early in his reign, Henry rarely visited when older and in fact it was not even complete when he died in 1548.  Edward VI and Queen Mary stayed there in 1548 and Elizabeth I visited many times during her reign using it as a resting place from the affairs of state. She was accompanied by her ablest statesmen and being a keen huntswoman hunted deer in the park.

James I also used Oatlands and bred pheasants on the estate, also planting rare trees and breeding silk worms. His queen, Anne of Denmark, made numerous alterations to the palace employing Inigo Jones to design the Great Gate, and entertained many of her guests there. Charles I’s third son was born at Oatlands in 1640.

After Charles’ execution in 1649 Cromwell ordered the sale of much of the crown’s property, including the contents of Oatlands Palace, the value of the estate being about £4000. It was bought by a Robert Turbridge, who demolished it, and from 1651 the bricks were sold to Sir Richard Weston of Sutton Place near Guildford to build locks and bridges on the new River Wey canal. Nonsuch and Richmond palaces were also sold and demolished to pay off Parliament’s debt.

Nothing remains of Oatlands palace today except the Tudor gateway in Palace Gardens, Weybridge and the bricks in the locks on the Wey navigation canal, which is owned by the National Trust.

I find all of this really fascinating as looking at old maps of the area, the estate where I live was built on top of the site of the old palace.  Interestingly many of the houses built on top of the palace gardens in the 1920’s had to be demolished in the 1980’s due to extensive subsidence.  There have always been rumours of an extensive network of tunnels running from Hampton Court Palace to Oatlands Palace;

There is an interesting mention in the history of Oatlands by J. W. Lindus Forge, of “…the secret passages, with which one was solemnly assured, the whole district was riddled. One went to Hampton Court, one went to Windsor Castle, and one went all the way to London…”

The actual vaults under the Palace site were Tudor drains, Mr. Forge tells us, and it is hardly likely that a passage of such length to reach London could exist, but tunnel legends have elsewhere been found

Maybe all these tunnels or vaults caused the buildings to subside?

Several maps from different times showing the same area are shown below, followed by a copy of the google maps aerial photo of the area which also includes my road.  In the last two maps the new housing development  which replaced the houses which were demolished can be quite easily seen.  Click on any of them to see a larger version 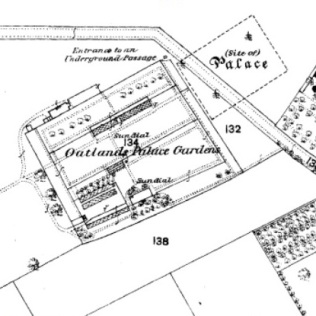 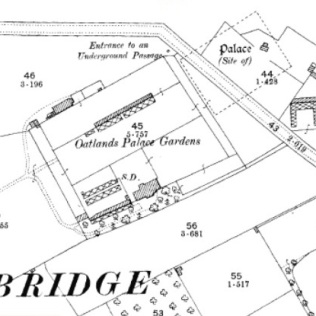 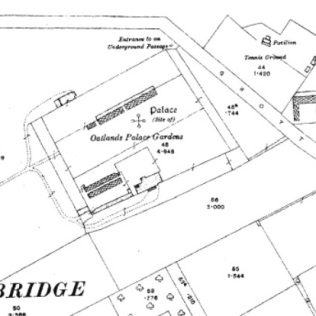 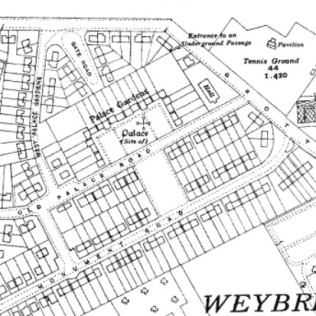 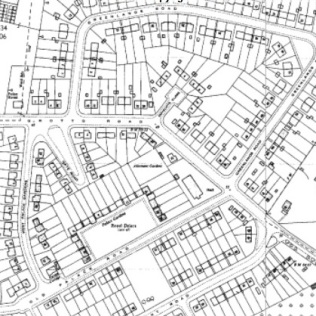 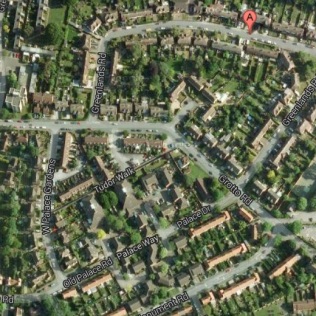 Every time I go for a walk I try to make sure I take a route that passes through the gate, a real historic monument right beside where I live!

Thank you to Elmbridge Museum, The Weybridge Society, The Buckingham Palace Ley Line and of course Wikipaedia for the information in this post. 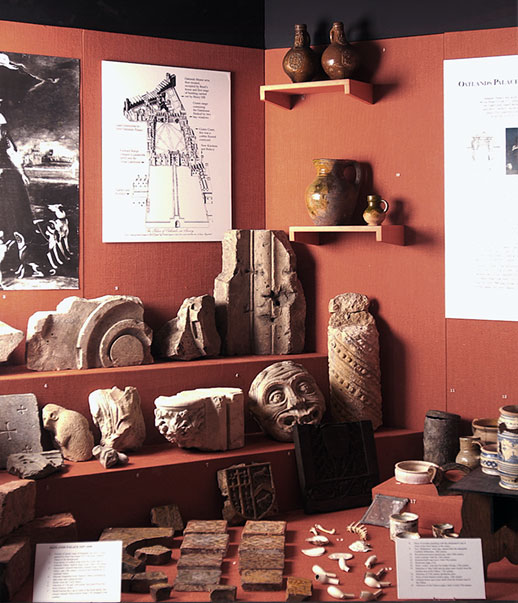 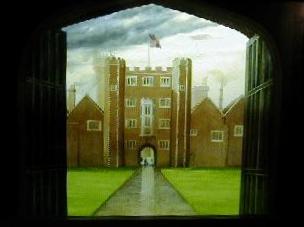