We brought Wilson for a walk on Desborough Island today, a man made Island created when the ‘Desborough Cut’ was dug in 1935 order to  improve flow and ease navigation on the river.  The cut has helped to alleviate flooding in Shepperton and halved the distance of travel on that part of the river.  It is an extremely popular spot for dog walkers, and was full of other people and dogs today despite the fact that the river is encroaching on the Island and much of it is now more like a lake than an Island!

It is one of the closest walks to our house and one of Wilson’s favourite places.  The island has lots of little beaches that he heads straight for in summer, however today he had no need to look for water!!

The cut and the adjacent island were named after Lord Desborough who was chairman of the Thames Conservancy at the time and who opened it. 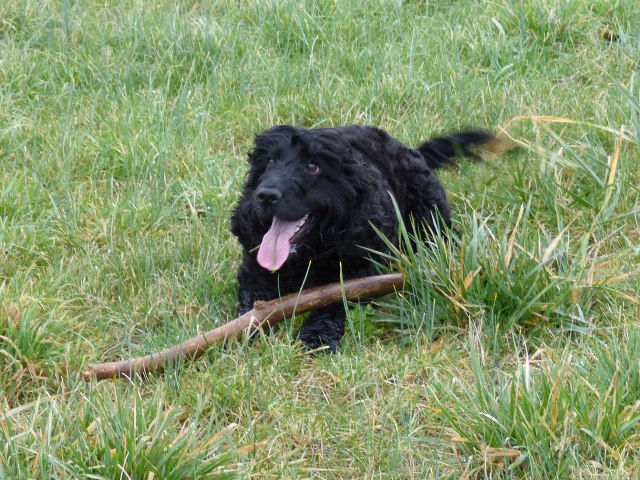 Wilson and the perfect stick

Wilson regularly shakes himself while still in water 🙂