Weekly Photo Challenge; My 2012 in Pictures

This week’s weekly photo challenge is to pick the best pictures from  2012 and have those pictures tell everyone about your year.  I have so many… to narrow it down to a few to produce a gallery was really really hard.  I have tried to use new photos that I have not shown before, apologies for any duplicates!

I didn’t go abroad at all in 2012, so all the photos are from the UK. I have uploaded them in date order so don’t be surprised by the weather, we had hot days of over 25°C in March, and hailstones in July!

I’m hoping the gallery will display properly. I can not get the rectangular version to display 3 across and it keeps making one of the photos huge. I have swapped to the square version as it is a bit tidier, but some of the photos should be displayed landscape.  I am going to have to learn HTML to display these the way I want!! 🙂

I have tried to put explanatory captions on the photos… there are links in the captions when there is a website which gives more information about the place or photo.

Click on any picture to see it in full.

Start the year with a splash, Christmas swim in Hampton Open air Pool 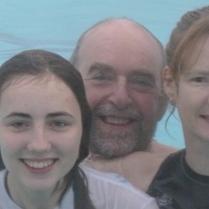 A snowy morning, and a garden full of bright green Parakeets hoping for some peanuts!

Frogs ‘hugging’ in our garden. March was unseasonably warm, so during the first rainy night the garden was gull of hugging frogs 🙂 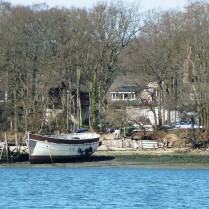 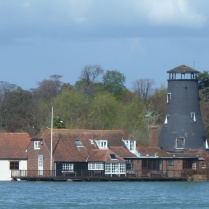 This is absolutely my favourite house! This photo was my header for ages, I might put it back once WordPress stops snowing! 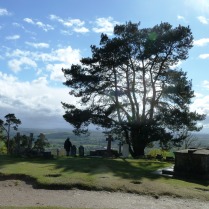 St Martha’s Church, Chilworth, Guildford where we got married in April last year 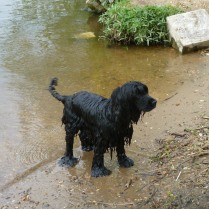 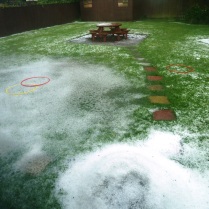 I got stuck at work one July evening by a flash hailstorm. The drifts were so heavy that there were huge piles that needed to be shovelled out of the way the next day despite the return of the hot July sunshine

A baby bird we found in Canterbury in July, He looked a bit shook so after his photo-shoot we put him in a nearby tree safe from cats!

Another evening a flash rainstorm flooded the roads and some of the houses on this road!

A Harris Hawk in Devon 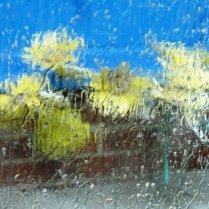 We got to go to the Olympics in September, and here I am with one of the Olympic torches 🙂

The temporary bridge in Walton is finally being replaced. I have taken lots of photos of it’s progress. If you’re wondering what the weather is like where I live, have a look at the live webcam!

Wilson had a very short haircut! His hair gets very long and tangled, and this was the only way to sort it out! It’s grown back quickly, this was October! 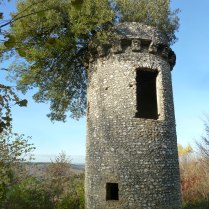 ‘The Rapunzel Tower’ at Box Hill, a folly that is great fun to climb, and has a tree growing up the inside

Guildford Castle in the November sunshine

Parakeets back in force for peanuts now that it’s December

My favourite house in Langstone, with a light shining from the lighthouse window

For other interpretations of this week’s theme have a look at:

Weekly Photo Challenge: My 2012 in Pictures

It seems the links in the captions don’t work when the photos are in a gallery, so here are the relevant links:

39 Responses to Weekly Photo Challenge; My 2012 in Pictures