Flood waters higher than 2003! (But not in Queenstown)

Here I am in New Zealand, in Queenstown 400m above sea level enjoying the lovely February (equivalent August) weather.  At home there are flood warnings very near our house, but it’s hard to imagine now that we have been here so long.

On Sunday Damien and Louise surprised us with a flight on a tiny aeroplane (capacity 10 including the pilot) to Stewart Island for a 3 day ‘tramping’ holiday. We knew we were going to the island, but we were expecting a ferry, not a tiny aeroplane!! 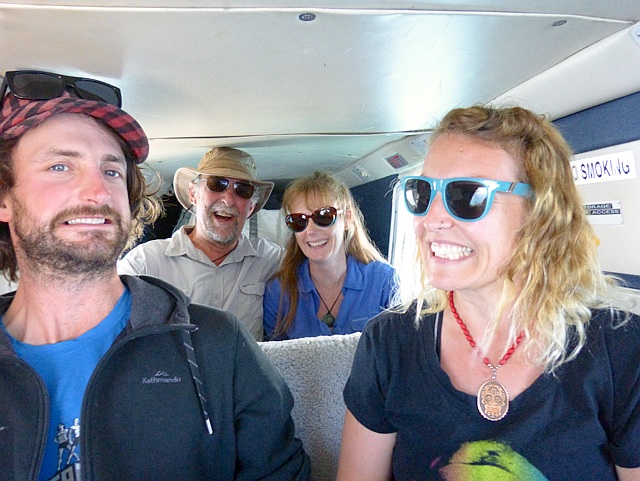 We landed on a beach on Stewart Island in glorious sunshine, and hiked through the dunes to Mason Bay Hut to grab some bunks for the night. 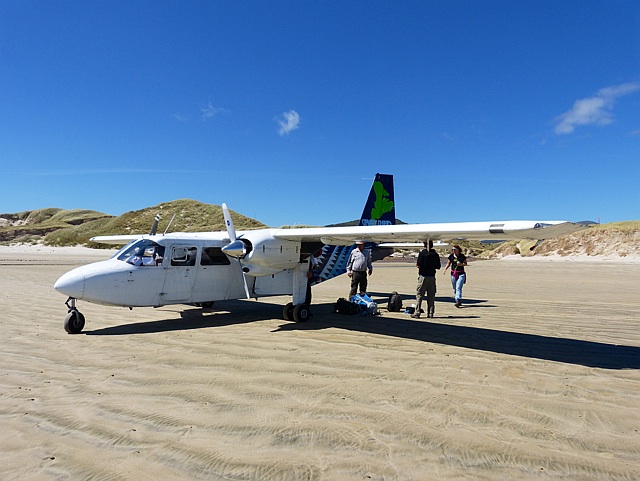 We were tempted to have a swim in the glorious looking water, until we dipped our toes in, and had a complete change of heart! It had icicles in it!!

We had the huge beach all to ourselves

We hiked 15k from Mason Bay Hut to Freshwater Hut the next day, and saw some great New Zealand birds including Kiwi’s and Tui’s who have incredible voices!!  When we got to the Freshwater Hut we were so thrilled to have survived the 15k hike carrying our packs that we decided to climb the 549m Rocky Mountain after dinner!! It was probably a bit over adventurous for our poor legs, but all we had to do the next day was wait for the river taxi to take us back to Oban!

After a trip today to Ulva to see more rare birds, we caught the boat back to the mainland and wifi!

It has been a bit of a shock to come back and see all the flood warnings at home, with the weather worse than it was when we left weeks ago!! Our house is luckily above the flood plain (just) Our neighbours moved in in 1946 and said the houses flooded in the 1947 floods, but they haven’t since!

The environment agency haven’t mentioned 1947 water levels yet!  Here’s what they say this evening;

The River and Flooding forecast is as follows: Levels on the Thames are approaching their highest levels and are starting to stabilise. A Severe Flood Warning remains in force as the river will remain very high over the coming days. Levels are currently higher than those experienced in 2003 on the Thames. Widespread property flooding and disruption to local infrastructure is taking place in the Hamm Court area. The Environment Agency and its partners will update this message as the situation changes. If you believe you are in immediate danger call 999. The weather prospects are to expect heavy rain through Wednesday morning and afternoon. This will be followed by showers, some heavy at times, which will continue through Thursday.

7 Responses to Flood waters higher than 2003! (But not in Queenstown)