“Ireland is a Catholic Country” 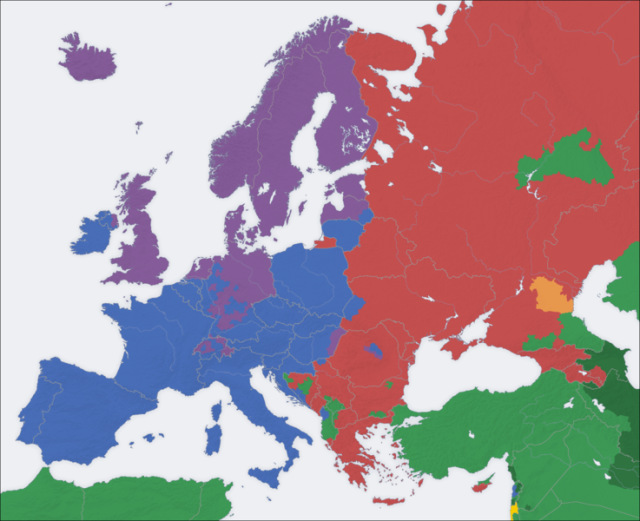 Map of Religion in Europe Courtesy of Wikipedia, Catholic Countries are Blue

The laws on abortion in Europe

Map showing the Legal Position in Europe on Abortions (http://news.bbc.co.uk/1/hi/world/europe/6235557.stm)

Only in Malta is abortion completely illegal

In Italy, the home of the Catholic Church, Savita Halappanavar would probably not have died.

Conditions: A one-week reflection period is imposed unless the situation is one of urgency. A certificate confirming the pregnancy and the request for termination must be issued by a doctor and signed by the woman and the doctor.

Parental authorisation is required if the woman is under 18. After 12 weeks, abortion is allowed only if the foetus has a genetic deficiency or to preserve the physical and mental health of the mother. An abortion must be performed in a public hospital or authorised private facility – if there are staff willing to perform the procedure.

The influence of the Roman Catholic Church – and the threat of excommunication for anyone performing an abortion and any woman obtaining an abortion – means the majority of physicians and other healthcare professionals invoke a conscience clause allowing them to be exempted on moral or religious grounds.

Savita could have requested a different doctor in Italy.

For the precise law in each of the countries on the map see the BBC article here.

There is a Vigil in London tomorrow, November the 17th at 4pm outside the Irish Embassy for Savita & her family.

White is the Hindu colour for mourning if you can, please wear white, to vigils/marches/protests

4 Responses to “Ireland is a Catholic Country”