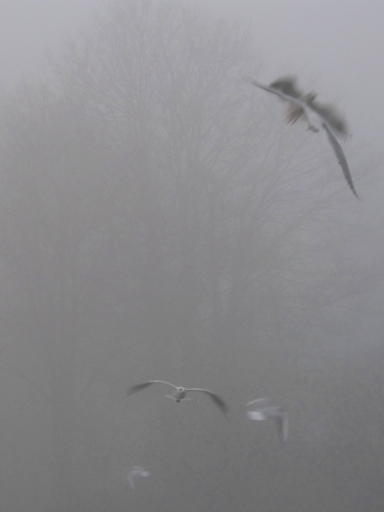 Seagulls on the river by Whittets Ait  at Weybridge

We thankfully don’t get the greeny-yellow sulphur and soot laden fogs that inspired the naming of London Fogs as ‘Pea Soupers’ any more.  Today’s fog that didn’t really lift really was pretty heavy and damp and grounded hundreds of aeroplanes in London, especially at Heathrow which is really quite near to where we live.

Here’s a photo from the same position on the river this time last year – the trees are almost visible through the fog! 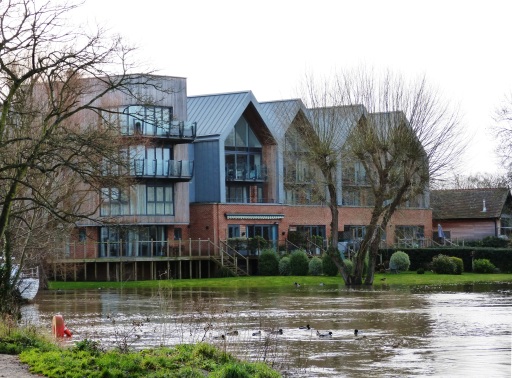 Here is a great photo taken by the Police Helicopter as they flew past Canary Wharf this morning! 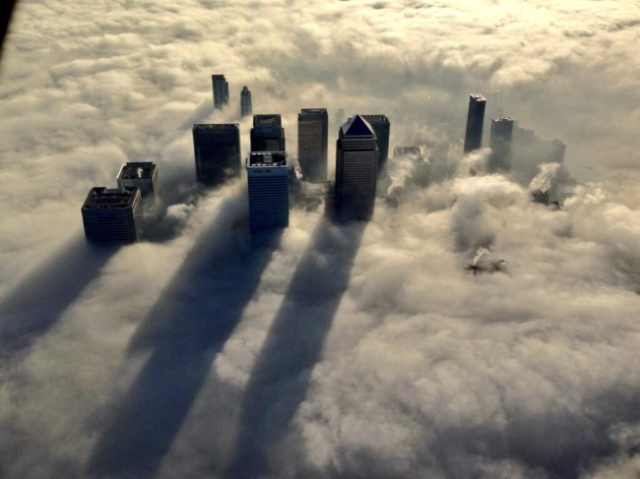 11 Responses to A real Seagull Souper