There’s a blaze of light in every word; the holy or the broken Hallelujah

My mum sent me this article from The Irish Times, published on August the 19th, Peter’s birthday. We sang this song at our wedding (not very well… It’s a difficult song to sing, and our organist didn’t know the song & we didn’t practice so it was a bit of a bungle) but it is still our favourite song. I love what Thomas Casey has written about our song; 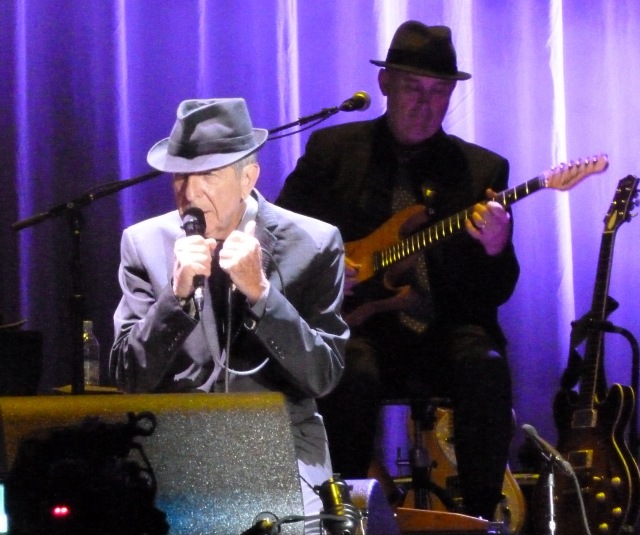 In an era of so many disposable pop songs, what is it about this song that has given it such a long and varied shelf-life?

Why does it touch so many people so profoundly?

When the song was first released in 1984, even the record company was reluctant to take a risk on it: the combination of gospel sound and waltz-like rhythm just did not seem to make the cut, and true enough, initially nobody paid much attention to it, except out-and-out Leonard Cohen fans. Now, 30 years and 200 cover versions later, things have well and truly changed.

Thanks especially to Jeff Buckley’s 1994 version of Hallelujah, Leonard Cohen’s gloom gave way (somewhat) to something more uplifting, yet without betraying the essential melancholy of the song.

In a way Hallelujah should not have such massive popular appeal. After all, the music and the lyrics go against the contemporary grain.

Musically it is unlike many of today’s pop songs, because it is not fast-paced, and it is not driven by a heavy drum-beat or aggressive bass.

Lyrically it stands out because of the many biblical references, interestingly none of which are from the New Testament.

All of them allude to the part of our Bible with which those of the Jewish faith, like Leonard Cohen , are most at home, and which they rightly do not see as “old” in the sense of outdated.

Perhaps the reason for the enduring fascination of Hallelujah is that it is so starkly and unflinchingly real. It is not soppy or sentimental. It does not deny tragedy or sell us fairytale endings.

King David is overthrown when he sees “her bathing on the roof”. It is Bathsheba whom David sees having a bath while he is walking on the roof of his palace. David wants to have her. She becomes pregnant by him, and David has her husband, one of his top military commanders, killed, both to cover his tracks and get this rival definitively out of the way.

David then marries Bathsheba. He later pays dearly for his crime. In Cohen’s song, the story of David and Bathsheba suddenly morphs into that of Samson and Delilah: “She broke your throne and she cut your hair.”

Delilah is paid to discover the secret of Samson’s supernatural strength, and when he eventually tells her it is in his hair, she has his locks shaved and he is captured and blinded by the Philistines.

Initially David and Samson were powerful men, seriously alpha males. David was an acclaimed king and warrior, Samson had a physical strength that any man would envy.

But they both fall suddenly into a frighteningly fragile place. They do wrong and there is a price to pay. Love is no longer a cosy victory procession: “It’s a cold and it’s a broken Hallelujah.”

But Hallelujah isn’t just about these figures from the distant past. Ultimately it expresses the spiritual hunger of many people today who do not find their deep longings reflected in the mainline churches.

The song speaks of sin – and hope – in a way that makes sense: although we all mess up, this is not the last word. Despite everything, we might just be graced to find a way back to love, to affirmation, even to God.

The song is faithful enough to its tragic heart not to give us a Hollywood happy ending. But nevertheless there is a sliver of light through which the sun manages to break through.

As Leonard Cohen himself says about that rich Hebrew word to which this iconic song owes its title: “Regardless of what the impossibility of the situation is, there is a moment when you open your arms and you embrace the thing and you just say ‘Hallelujah! Blessed is the name.’

“And you can’t reconcile it any other way except in that position of total surrender, total affirmation.”

However dark our night, a fire can be kindled. A flame of hope can miraculously come alight and it will never die out.

This article was written by Fr Thomas G Casey, an Irish Jesuit priest and director of the diploma in philosophy and arts at St Patrick’s College, Maynooth, Co Kildare

2 Responses to There’s a blaze of light in every word; the holy or the broken Hallelujah