Why on earth am I doing a post about Letter Boxes in India?

Well, when I look at my most searched item on my search terms, Indian post boxes comes up top!!  I have a few more photos of post boxes in India, to I thought I may as well share them so people coming here for Indian Letter Boxes get a bit more value for their clicks! 🙂

Our first experience of Letter boxes in India was when we were in Colva, in Goa.  We were looking for somewhere to buy stamps and post our handful of postcards, and we were directed to the main post office at the top of the town near the checkpoint.

It’s about a mile from the beach to the checkpoint, and we walked up and down looking for the main post office for ages, getting hotter and hotter in the afternoon sun.  Having given up and asked for directions on numerous occasions, we finally found it; 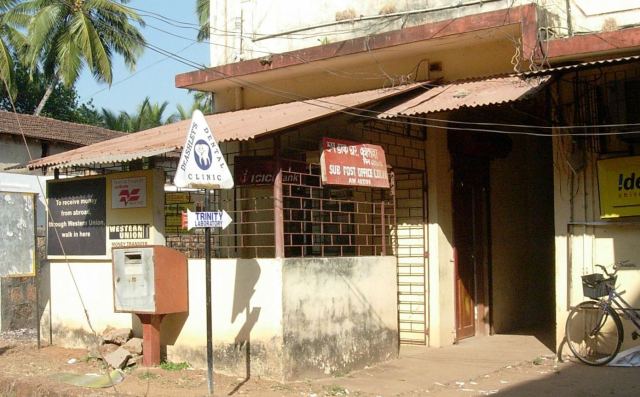 We weren’t sure if it was open, but it was.  Once we bought the stamps and had stuck them onto the postcards, we were advised to bring the postcards back into the post office to get them franked immediately before posting them, as apparently it is common for unfranked stamps to be removed from letters and ‘recycled’.

When we were staying in Kerala, there wasn’t any Post office anywhere near where we were staying in Vizhinjam, and the only letterbox was outside a souvenir shop on Lighthouse Beach.  The shop owner said we could trust the letters posted there not to be tampered with, so we gave it a go 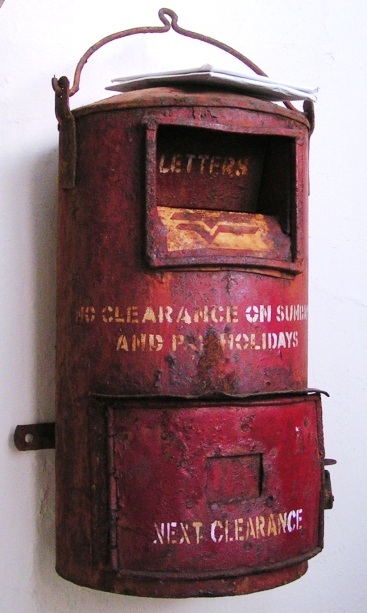 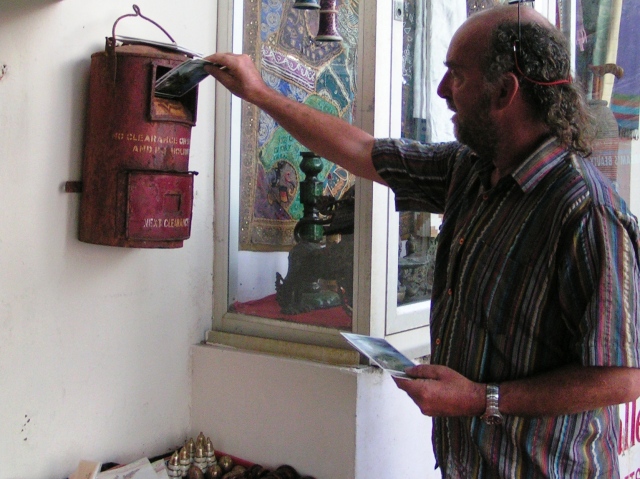 They all arrived safely, and within a few days of posting.  Much faster than letters posted home from Spain or Italy, and for about 15p a stamp!

When we visited the capital of Kerala, Thiruvananthapuram we found a post office which was more in the style we were expecting for a main post office.  It had these wonderful postboxes outside.  We decided that ‘All Places’ meant the rest of India, as opposed to Kerala or Foreign. 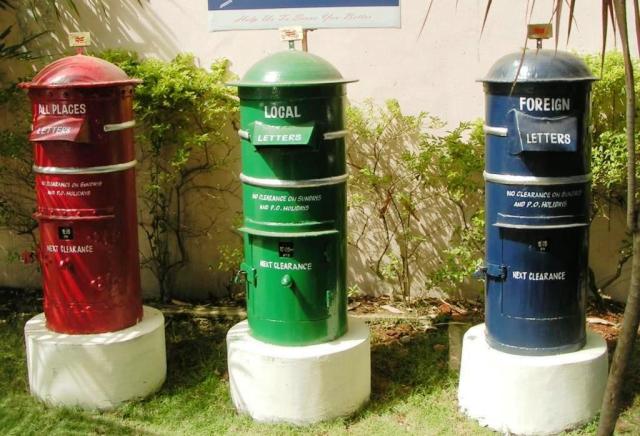