The Big Egg Hunt (UK) Eggs 3 and 4; A Frugal Meal and A Monument to The Egg

Today I am posting two Eggs, one of which I like, the other doesn’t really do much for me.

Which do you think is which?

Which egg do you prefer?The first egg is called ‘A Frugal Meal’ by Charlie Billingham 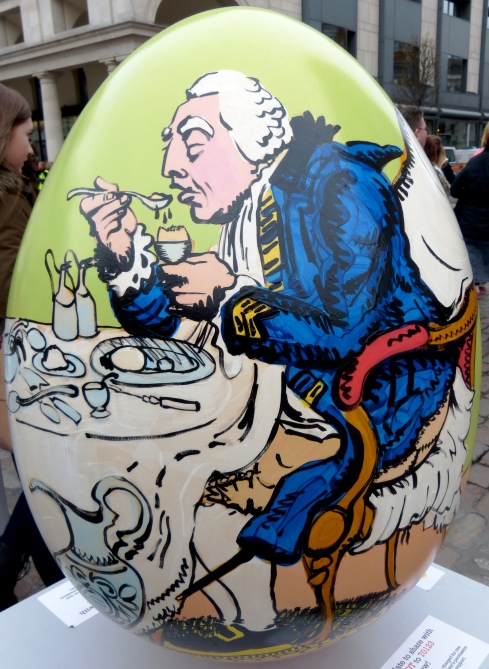 Born in Dublin, living in London with Peter, my two daughters, Wilson our Spaniel & Woordow our Malshih (Shih Tzu-Maltese cross)
View all posts by Barbara →
This entry was posted in Art, Photography and tagged Alana Lake, Charlie Billingham, Easter, The Big Egg Hunt. Bookmark the permalink.

17 Responses to The Big Egg Hunt (UK) Eggs 3 and 4; A Frugal Meal and A Monument to The Egg