The Thames has been flooding for a few more days.  Christmas this year has been more damp than cold.  Our annual outdoor swim in Hampton Pool was interspersed with the occasional downpour, and today we just managed to get back from our walk with Wilson (Yay!! Janathon – 1 Dog Walk) before the heavens opened again

As a result the water in the Thames has risen even higher, so I thought I would try and take some photos of it, this time near Walton where they are building a new bridge (hence the crane in the pictures).  I have some other pictures from here on sunnier days so I must try to find them so I can compare the water heights.  It is not normally on the footpath!

These houses are built on stilts, so they are safe from flooding for a while yet 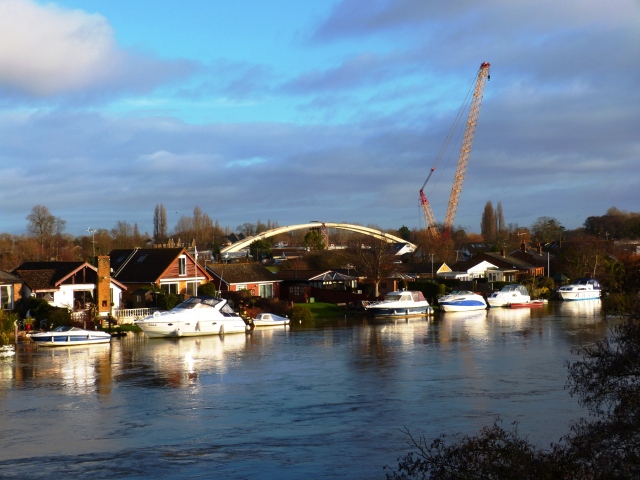 Thames in Flood at Walton, with the New Bridge appearing in the background

Splashing along the Towpath 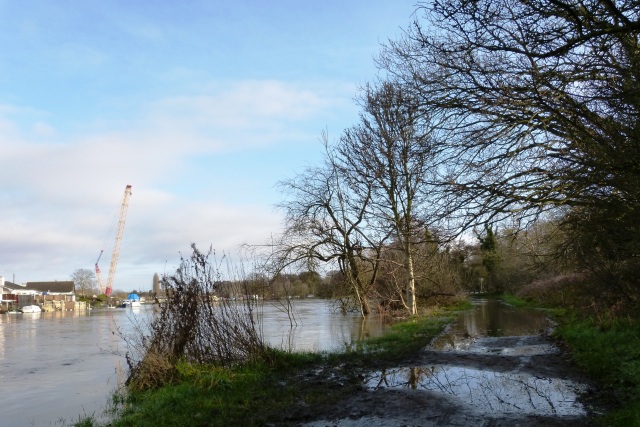 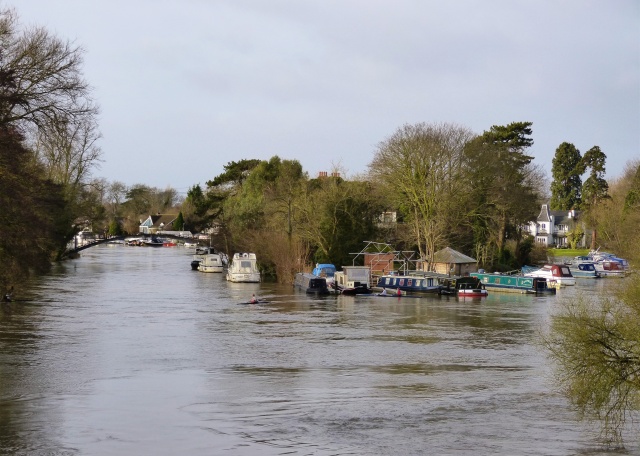 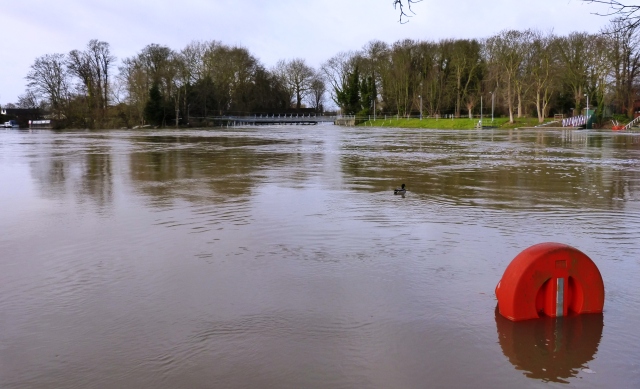 The Weir at Weybridge 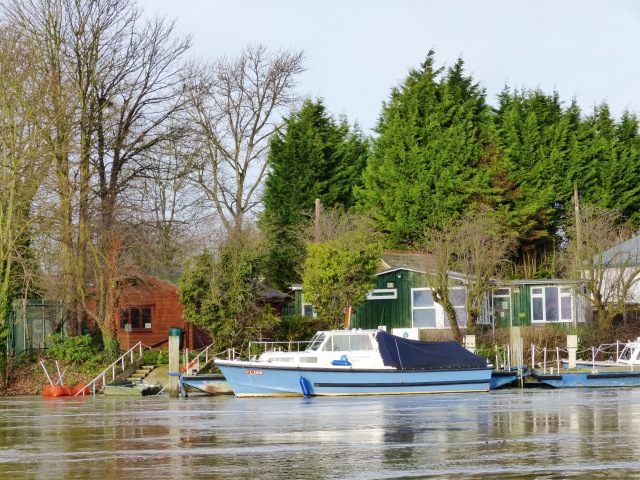